This study aims to assess the effectiveness of tax audits in terms of tax revenue at the Pratama Tax Office Bantaeng. The type of research used is descriptive research with a quantitative approach. This research was carried out by using primary and secondary data in order to obtain a number of data needed, as well as reading some of the literature and other data related to the research. The results of the study show that: a) Overall Percentage of Tax Revenue for 2015-2017 is classified as less effective, tax audits on Bantaeng Primary Tax Office are based on Examination Orders (SP2) and Tax Assessment Letters (SKP) are very effective each year namely 2015 to in 2017 the percentage level of effectiveness is 100% on average, and the realization of the tax audit based on SP2 and SKP on tax revenue in Bantaeng Primary Tax Office is classified as ineffective. This is due to the contribution of the tax audit under 50%. Where the percentage level of effectiveness in 2015 was only 0.58%, in 2016 the contribution of tax audit realization was 0.69% and 2017 was 4.51%. 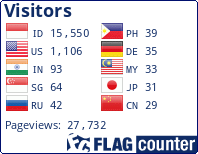